Ed Roberts and the Rolling Quads: Breaking Social and Architectural Barriers for Individuals with Disabilities

The Stock Market Crash of 1929 marked the beginning of America's descent into a severe economic depression. As competition grew fierce for an increasingly limited number of jobs, the Eugenics Movement experienced a resurgence. Many states implemented forced sterilization practices to prevent groups deemed inferior—people of color, the mentally ill, and the disabled—from reproducing.

"There is today one state in which at least weak beginnings toward a better conception [of citizenship] are noticeable. Of course, it is not our model German Republic, but the United States."
-Adolf Hitler, from Mein Kampf 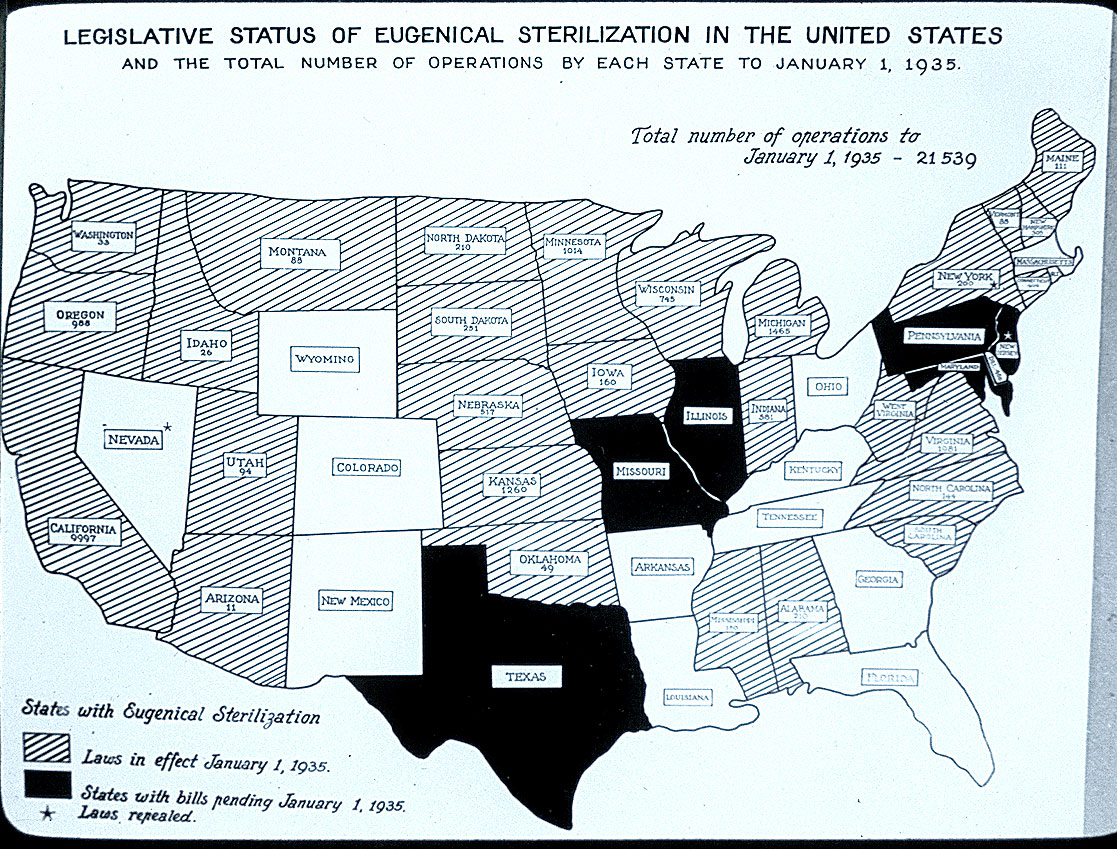 Paradoxically, in the same decade, the American public elected the first physically impaired president in the nation's history: Franklin D. Roosevelt. To prevent and mitigate the severity of future economic depressions, an economic safety set needed to be created. As such, Roosevelt signed the Social Security Act in 1935, establishing an old-age pension program and providing financial assistance to individuals with disabilities, among other significant provisions. 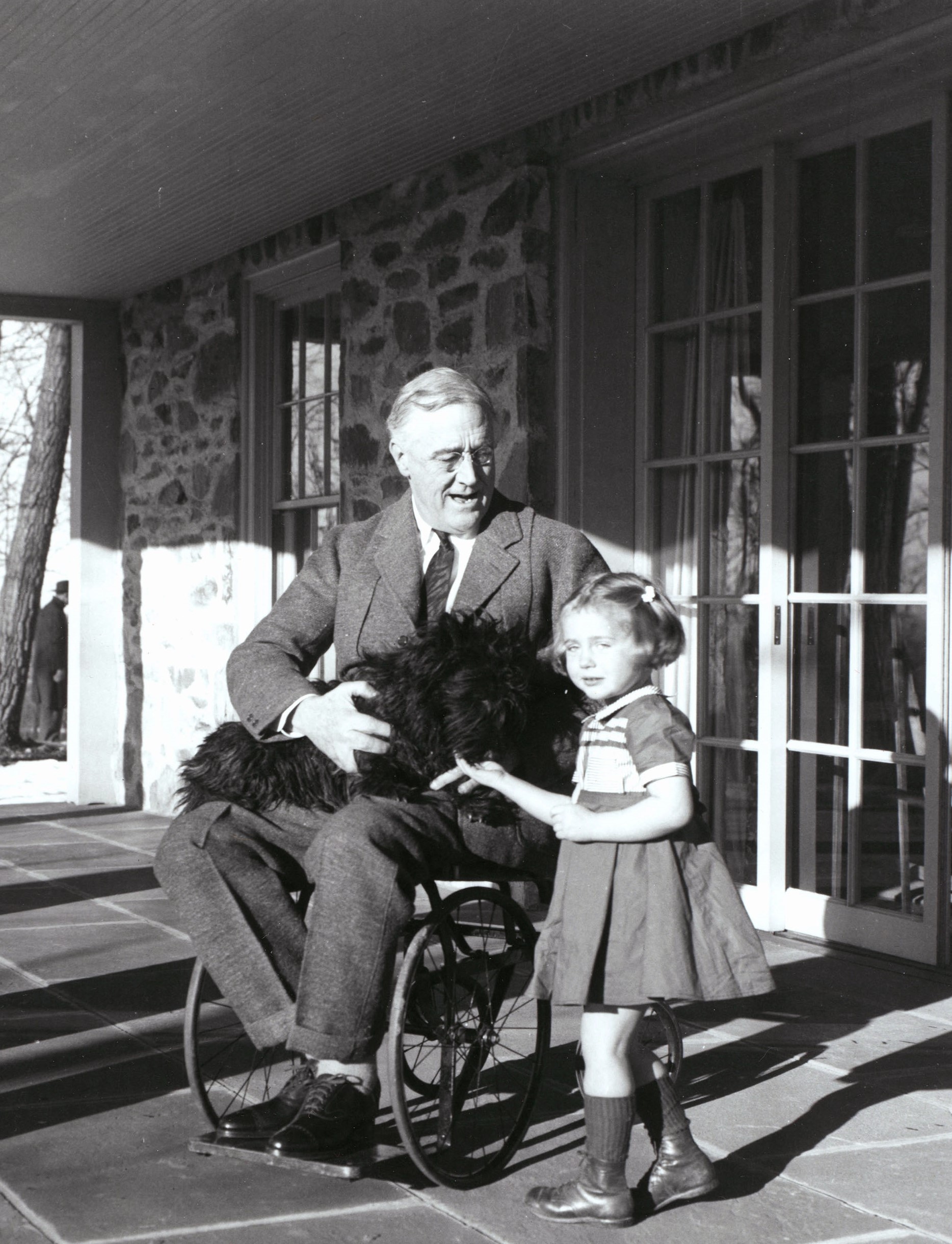 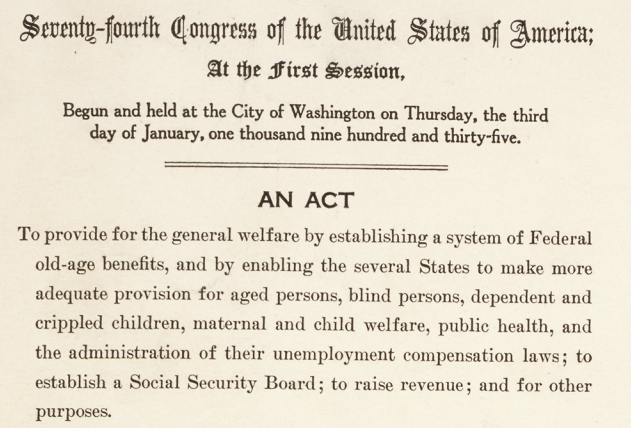 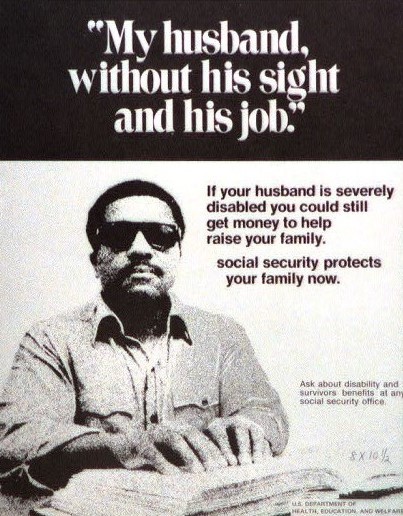 [Library of Congress.  My Husband, Without His Sight and His Job.]

Despite this major victory, the widespread institutionalization of children with disabilities revealed the underlying stigma that still surrounded disability. As such, independence was still far from reach for individuals with disabilities—an issue that was magnified by the inaccessibility of public buildings. 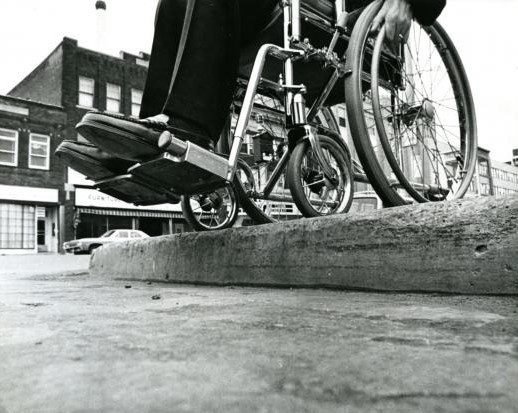 Breaking social and architectural barriers that barred individuals with disabilities from fully participating in society required a community grounded in relentless activism—and that community was U.C. Berkeley.