Berkeley: A Hub of Activism

Ed Roberts and the Rolling Quads: Breaking Social and Architectural Barriers for Individuals with Disabilities

BERKELEY: A HUB OF ACTIVISM

On October 1, 1964, Jack Weinberg, a student at the University of California, Berkeley, was arrested by campus police for issuing civil rights literature—an act that violated Berkeley's prohibition of political activity on school grounds.

When police arrived to take Weinberg to jail, student protesters surrounded the car. Over the next 32 hours, students mounted the car and voiced their opinions on free speech. Thus began the Free Speech Movement, which empowered students to advocate for social change in their college community. 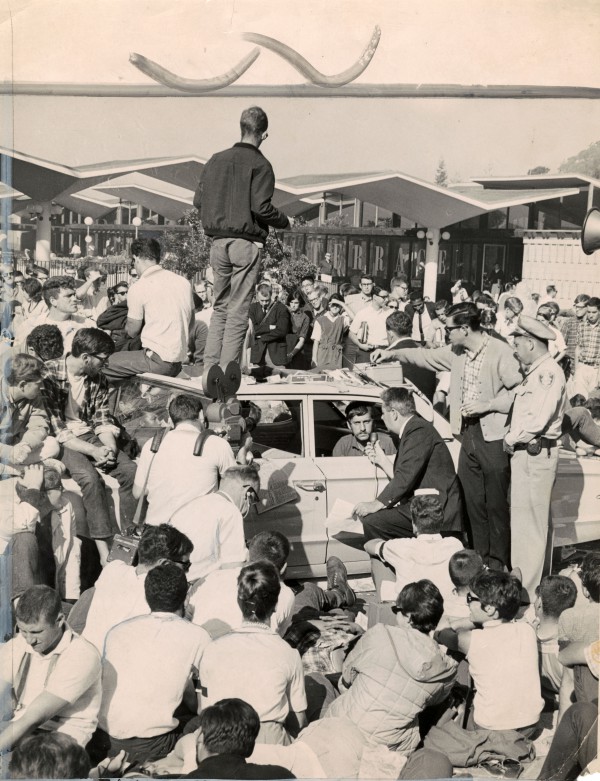 [Oakland Museum of California. Jack Weinberg being interviewed from inside the police car that was taking him away after his arrest. 1964.] 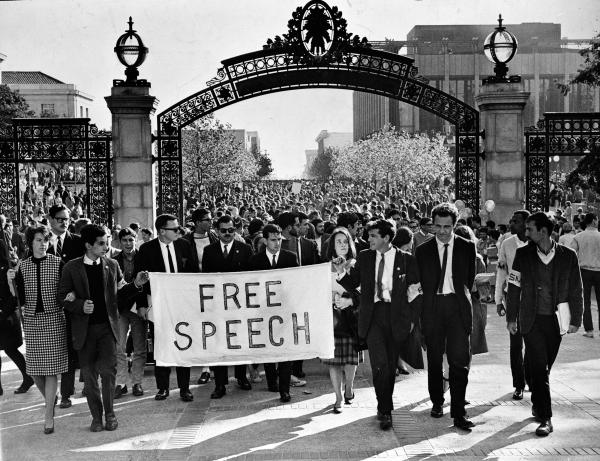 Activism became ingrained in the student culture at U.C. Berkeley, enabling a group of students with disabilities, led by Ed Roberts, to fight for greater access to educational and social opportunities.